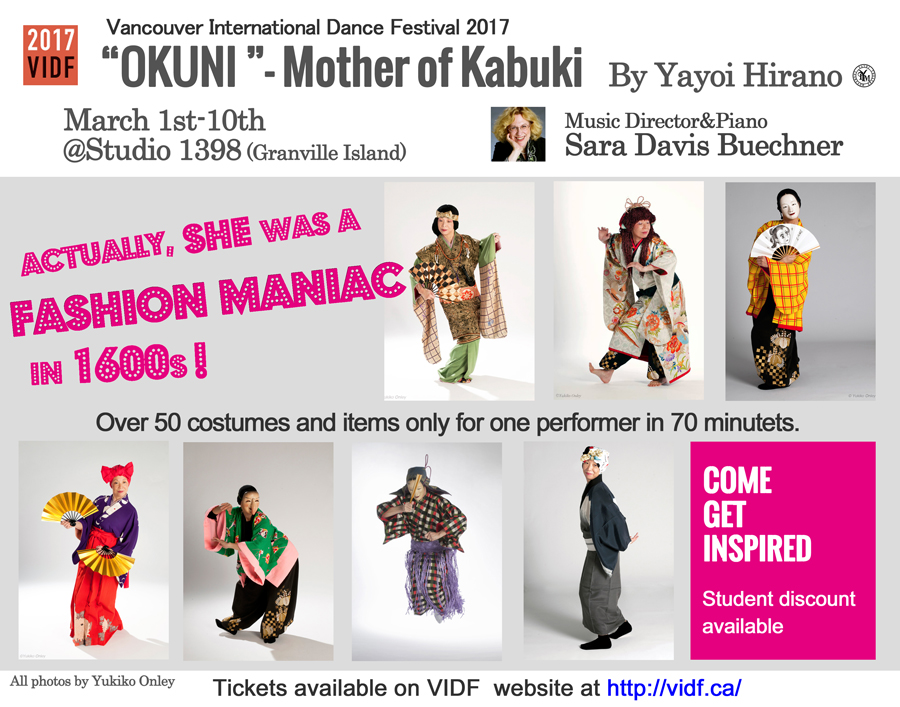 How about getting fashion and style inspirations from a historical fashion icon who lived in Japan more than 400 years ago? Her name is Okuni -was an extraordinary dancer and later known as “the Mother of Kabuki”.

This lady Okuni from Izumo, Japan started her career as a dancer at shrines. Then she began performing new styles of dancing. Her passion and uniqueness made herself so popular that she draw large crowds wherever she performed.

Her uniqueness was not only about her dance style. Her costumes were always innovative,too.  It’s said that she had even worn Christian cross on a necklace just as an element of her eccentric fashion sense.

Today’s Kabuki dance is performed by male only. (Photo image is from Cinema Kabuki event, in Vancouver on Feb 19th (sun) 2017 .)But who started it in 1600s was a female who was a fashion maniac! Isn’t this very interesting? Yayoi Hirano was also fascinated by Okuni’s unprecedented life so much that she has spent years to develop this one of a kind show “OKUNI”with over 50 costumes and items for alone stage of 70 minutes performance.